Skip to content
Homedizz > Architecture > The Unique Building at 28 Church Street in England. A group of architects C. Porobic Associates was hired by the District Council of Wellingborough town to upgrade and expand the building of the old church. Previously, the building has experienced several restorations, but it was decided to do the work to restore not only the strength of the building but also his appearance. Originally, the house consists of two buildings and was in pretty poor condition. Facade peeled, the area was not well maintained, and inside for some time was a mess. Designers had to do a lot of work to bring the house into a normal appearance. It was strengthened by the foundation and load-bearing walls of the house. The existing facade was restored, the building had a wooden trim. The building received the third body made of metal beams and lined with reinforced glass. Specialists of company C. Porobic Associates have paid great attention to quality interior trim. Interior elements, such as stones on the walls were cleaned and restored to the original state. Minimalism and efficient distribution of the interior space, combined with a neutral color palette, it allows taking a different look at the old building. By the way, the house has turned the area about 260 square meters, which is not so little. The plan was to make decorative lighting both inside and outside the building. The guys from C. Porobic Associates achieved this by creating a “light axis”, which is directed from north to south and from west to east. As a result, the interior was saturated with daylight. Stained glass is a good reflection of the stained glass windows of the church nearby. 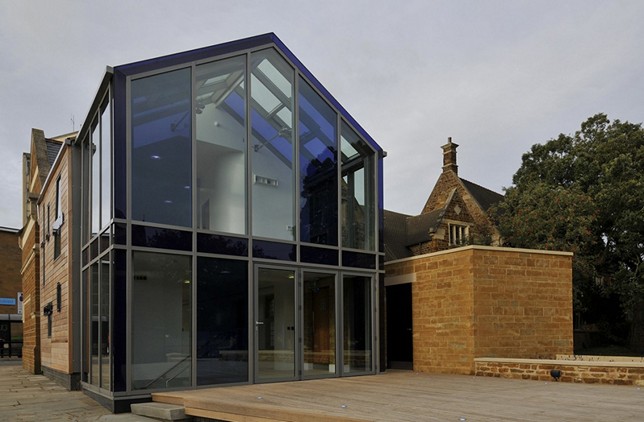 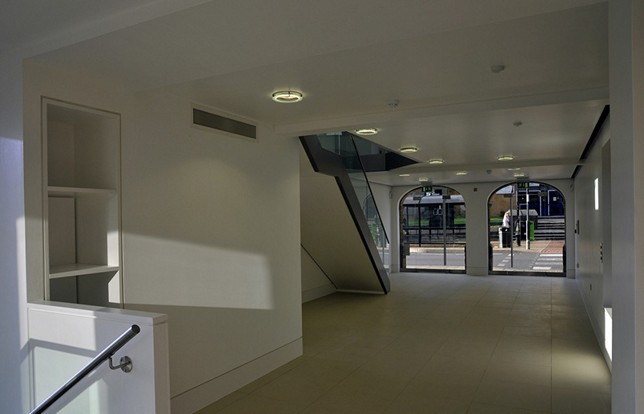 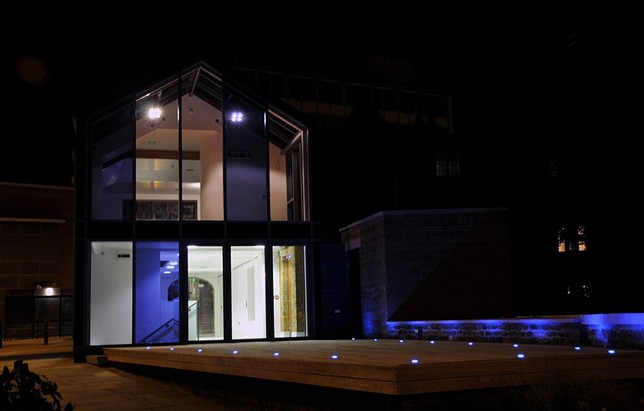 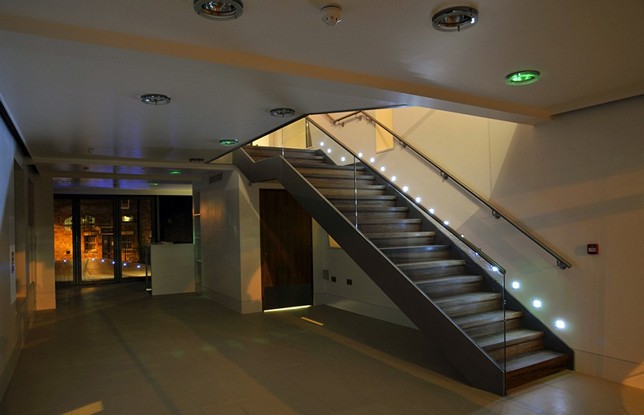 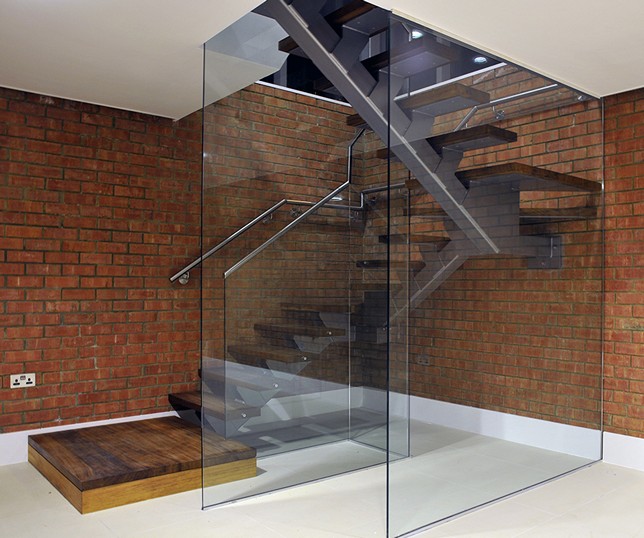